What Kind of Independent Contractor Are You? 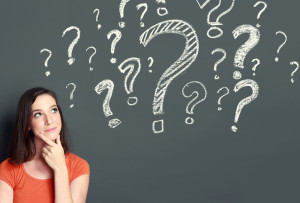 It’s been widely reported that by the year 2020, between 40 and 50 percent of workers will be independent contractors.

While some are suspicious of the trend, many find the benefits of being boss-less nearly irresistible.  Of course, people are different, and so are their motivations.

What kind of independent contractor are you?

Rock Star. Your last gig paid off. Now you get to focus on work you really want to do. You can afford to cherry pick projects that are interesting, allow you to make a big impact or learn something new. Congrats. It doesn’t suck to be you.

Twilighter. You have kicked ass and taken names for the past 30-40 years.  It has been a great run but you’re not ready to hang them up.  You’re looking for something interesting… maybe part-time… probably remote.  You’re not too worried about how much you make.  You want to share your knowledge, stay productive and work with interesting people.

Toast. You got burned in your last gig and are on the bench. You have a great resume, you’re smart and resilient.  You’re anxious to get into a new role, but you don’t want to jump into another bad situation.  You’ll do some independent consulting until you find the right fit.  Then you’ll think about getting hitched again … maybe.

Surfer. Dude! You’re bright, capable, and accomplished but don’t want to grind the stone 50 weeks per year. Life is too short for that. Instead, your goal is to make a great living working 20 to 40 weeks per year. The rest of the time is for volunteering, hobbies, travel, intense parenting, or whatever suits your fancy. You might take a job with a client one day, but only to push that client across the finish line, cash out, and go back to the waves.

Lone Ranger. You’re intelligent, capable, and accomplished, but you have limited patience and skill when it comes to corporate politics and all that comes with working for the man. A little distance between the Lone Ranger and the typical corporate muckety-muck is best for all involved.

Mercenary. Your skill set is in tremendous demand and you know it. Only a few people can do what you can do and everyone wants a piece. You put out a shingle and accept the highest bid, because you’re savvy enough to realize this sweet deal won’t last forever.  Good for you, mercenary. We’re not hating.

Zuckerberg.  You left your job to start your empire.  Before you get funded you probably have to make some money on the side.  You start looking for 10-25 hour gigs that you can work into your schedule.

New Kid in Town.  Maybe you just moved home after some time abroad.  Maybe you moved across the country for love.  In any case you have to find work and you don’t want to jump into a bad situation… so you take on a couple of projects or interim roles until something clicks.

Independent consulting projects and interim executive roles suit all kinds of people for all kinds of reasons.  As the market changes and their personal situation changes and their careers progress, so can the contractor. (Today a Surfer, but tomorrow a Mercenary, you know?)
No matter. If it works it works, and being an independent contractor absolutely works for many.

Does it work for you?