New Initiative, No Headcount, No Worries 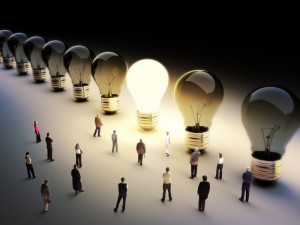 We all have example of initiatives or new revenue ideas that we believed in that just didn’t work out. As a former Chief Strategy Officer and General Manager, I’ve had my fair share. While some ideas probably never should have seen the light of day, many others are probably good ideas that failed due to a lack of organizational support, typically a lack of resources or dedicated headcount. We’ve all been there.

The challenge in most corporations is that there is a fear of hiring incremental headcount ahead of revenue, and in an environment where getting approval for additional headcount is near impossible, leaders have to make choices of whether to eliminate existing positions to fund new positions or ask existing staff to take on the new initiative within their existing responsibilities. And of course we all have extra bandwidth to devote to something new!

Companies need to keep developing and testing a series of initiatives continuously and launching the most promising. The only way you will get a good enough read on the initiatives and pick the winners is to make sure you dedicate resources to the initiatives. But how do you do that when finance just won’t approve the budget?

We recently worked with a client who is launching two new initiatives and while they have confidence that both are likely to be successful, they have been reluctant to hire staff to manage these initiatives. With one of them they actually had existing staff take it on as part of their current responsibilities but made no progress. Instead they have now decided to bring in 2 independent consultants on a contract basis to drive the initiatives forward and acting essentially as employees on payroll. Their plan is to convert these independent consultants to FT roles if the initiative takes off.

There are real advantages with this approach – no need to hire headcount without knowing that this is a viable business they want to sink resources and time into, plus they get to try out the consultants to see if there is a fit to join their team on a permanent basis. Think of it as an extended interview. Typically the budget comes out of discretionary funds which finance is likely to approve since it isn’t a permanent spend.

There have been fundamental changes in the market for talent, companies are reluctant to hire until they are sure that the position is “permanent” and talent is becoming more transitory as they to work on what they want, when they want. It’s a phenomenon we call “The Unberization of Talent”, or Talent On-Demand.