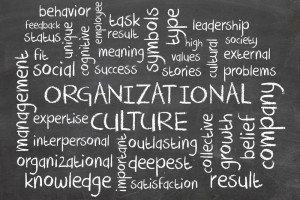 Because an executive on-demand’s role is temporary, you may not think that cultural fit would be an important consideration when choosing the right candidate. But it is.

That may seem counter-intuitive, but think about it: An executive on-demand is joining your firm to perform a defined task. How effectively they work toward their goals will depend on their ability to quickly develop relationships, understand how things get done, and align their approach with your strategies.

With that said, here are five points to help you decide whether a candidate for an on-demand role will fit with your organization.

A leader whose style doesn’t mesh with an established team’s may do more harm than good.

Get a sense of how the candidate behaves toward staff members. This is especially critical if they’re going to lead a well-established team that’s used to approaching its work in a particular way. If your company’s culture is hard-charging, for example, an aggressive manager may do just fine. But if it favors discussion and consensus, a leader who’s constantly pushing and criticizing may do more harm than good.

Your executive on-demand will also work closely with the leaders of other departments. They have to be able to discuss strategies and resolve challenges in a way that keeps their project moving and builds good working relationships. Independent-minded managers who prefer to keep their own counsel won’t fit in with an executive team that’s used to consulting one another on big decisions.

Make sure the candidate’s views on company values align with yours.

The fast-food restaurant Popeyes believes in the notion of “servant leadership,” where managers encourage their subordinates to think on their own, and support them as they do. Amazon’s culture, on the other hand, is competitive, data-driven, and demanding. Both are successful businesses, so obviously each has a culture that works for them. But an executive who thrives in the world of servant leadership may not fare so well with the take-no-prisoners approach favored by Amazon. Question candidates closely to get a sense of the type of values they believe are important in an organization, and make sure those beliefs line up appropriately.

For a business to succeed, its leaders have to believe in the course they’re pursuing. An executive charged with spearheading an effort to develop a new regional market won’t be very effective if they don’t think the market is viable. When interviewing candidates, probe to make sure they’re on board with your vision. And be sure to make them back up their arguments. You don’t want to hire someone who’s just spouting what they think you want to hear.

It’s important that executives on-demand get up to speed quickly. You can get a sense of how prepared they are by quizzing them on their knowledge about your organization – including its values, its goals, its history and the challenges it faces. Candidates who’ve studied your company’s operations, market position and growth strategies are more likely to deliver results in a reasonable amount of time.

Identifying the right executive on-demand requires you to weigh considerations ranging from their proven experience to their demonstrated skills. Because of the temporary nature of their assignment, it’s tempting to give short-shrift to softer considerations, like cultural fit. That would be a mistake, though, so take the time to make sure the fit is indeed there.