7 Reasons Why You Should Become an Independent Consultant 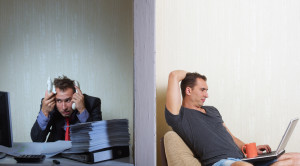 Thinking about leaving the corporate world and becoming an independent consultant? You’re not alone. Six in 10 independent workers say that it was their choice completely to go out on their own, according to a recent survey by MBO Partners and Emergent Research.

While the decision to join the “freelance economy” shouldn’t be made lightly, there are plenty of reasons why it’s an attractive option. Some of the benefits include the freedom and flexibility of managing your own time and doing work that you love.

You may even make more money than you did at your corporate job. The MBO /Emergent survey said 45% of independent workers reported making more money than they would have in a traditional role.

If you’re contemplating leaving your job to become an independent consultant, here are seven reasons to become your own boss.

1. Work only on projects that inspire you. Are there projects in your current job that you wish you didn’t have to do? Perhaps they don’t spark your interest or play to your strengths. As an independent, you’ll have the flexibility to work on projects you like, for people you like.

2. Greater control over your own schedule. Achieving a better work/life balance is the top reason people choose to become independent consultants. According to the MBO/Emergent survey, 61% of independents said control over their schedule was the top reason they pursued their own work. This flexibility is especially important to those with young children or who are caring for elder family members.

3. More diverse challenges. In the competitive workplace, it’s sometimes difficult to get assigned to the high-profile projects that will help develop the visibility and skills you need for advancement. But independent consultants have more opportunities to work on projects that build diverse and marketable skillsets.

4. Opportunity to do good. Purpose-driven executives want to apply their skills to projects that have an impact. The opportunity to turn around a struggling company or help a nonprofit achieve fundraising goals yields rewards beyond compensation. Independent consultants have the chance to make a significant impact in every project they tackle.

5. Greater job security. In shaky economies, a diversified project portfolio can offer a more reliable income stream, making you more resilient. Unlike your corporate peers, you’re not at risk of losing it all when being laid off.

As an independent consultant, you’ll see fewer meetings and can avoid the political machinations that stand in the way of achievement.

6. Be your own boss. Every corporate employee bemoans the overload of internal meetings and the persistent presence of corporate politics. Independent consultants attend fewer meetings and avoid the political machinations that stand in the way of achievement.

7. You’ll be happier and healthier. Given all of this, it shouldn’t be surprising that 80% of independent workers say they’re happier. With greater flexibility, control over their own schedules, and perhaps less of a commute, 69% of those responding to the MBO/Emergent survey say they’re also healthier.

If this list persuades you, you’re likely to join a growing trend. MBO Partners and Emergent Research predict the number of independent workers to grow to almost 38 million by 2020.