5 Things Data Scientists are Looking For in Their Next Role 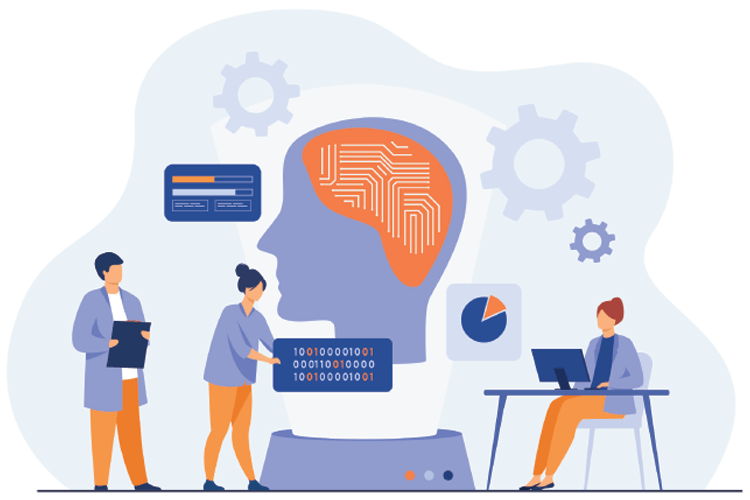 Data scientist is one of the hottest jobs in the world. Over the next 5-years the Bureau of Labor Statistics forecasts that 11.5 million new roles will be created. Harvard Business Review calls it “the sexiest job to have in the 21st century.”

Supply and demand greatly favors the talent side of the recruiting equation. There are currently three times more job listings than searches. While this is great news if you work in the field, it is not all wine and roses. According to a recent survey by Sigma Computing, more than a quarter of the data scientists in the field feel unfulfilled at their job and are looking to move to other companies. That is why now more than ever, it is essential to understand what data scientists are looking for in their jobs so that you can attract and retain this valuable talent.

So, what are five things that data scientists really look for in their jobs?

The thing that comes up most often when you ask data scientists why they feel unfulfilled at their job is that their employers do not fully understand the value of their skills. They often overload data scientists with basic, repetitive, low-value tasks that other team members could do before the data arrives at their desks.
Establishing clear data rules and shifting responsibilities across the different team members so that the scientists have more time to do complex, high value work is a great way to keep them feeling appreciated.

Another thing that frustrates many data scientists is that they feel left out of the solution-making process and feel more like ‘order takers.’ Not only does this frustrate the data scientist because they are limited in terms of the impact they can make, it also often leads to poor outcomes. “The business” needs the valuable knowledge and understanding of the data scientist around issues of data collection and modeling possibilities during the ideation phase of initiatives.

Challenge them, and reward them

Another brick wall that makes data scientists want to leave their job is the lack of challenging projects and the lack of growth opportunities. They feel stuck and undervalued.

What any business can do to stop them from feeling like this is to understand the value that there is in data, not just have them there to check the list and feel part of the ‘future’ but actually to embrace it. Let them be part of developing data science as a discipline.

Many data scientists feel comfortable dealing with data and computers but no so much dealing with people. They often complain about their lack of progress in this area, leaving them feeling stuck in behind-the-scenes – type roles. If you identify this as an area of improvement for a data scientist on your team, help them to engage and feel that they are part of a team. Developing this aspect of their skill set can be enormously valuable for the company and the individual and it can make them excited about their role over the long-term.

Give them the tools they need

Data scientists are constantly working with data in many different ways. To do this, they need the appropriate tools to work with the data. That is why another thing that data scientists look for in their job is to have the right resources to do their jobs.

Provide data scientists with the proper technical infrastructure so that they can leverage the advancements in technology in their favor and ultimately help the business grow.

Data science is a hot topic, and it is becoming paramount for businesses to have the right people gather, organize, and analyze their data. It isn’t just a buzzword or a trend; it really is the future.

In order to actually seize this opportunity and have the best talent at your company, you need to understand what data scientists are looking for. Most are happy with their job but tend to feel undervalued and overused at their jobs, so understanding their needs, wants and the benefits of having them on your side is a massive step in order to retain this precious talent.

Providing data scientists with the right tools, giving them a voice in your company, and allowing them to grow will ensure that they don’t answer the next 10 LinkedIn messages that try to entice them to new opportunities elsewhere.